At the road crossing

My nephew and I were returning home from shopping. We had to take a right turn. Ahead of us were a few more two wheelers. Checking both sides, we noticed a bus standing on the right side waiting for passengers to alight.. Seeing no vehicles moving on either side we decided to take the right turn. The bus driver was seeing the vehicles take the turn. But hasty that he was he did not want to stop for more time. When it was my turn to take the right turn I slowed down a bit to at the turning. I came half way through crossing the bus, when he hit my bike and my bike slid down. Luckily neither my nephew nor I was hurt, a little shaken though. As I lifted my bike I turned to the driver who fortunately stopped the bus. And he had the nerve to shift the blame all on to me. Initially I remained silent. But as he made it look like all was my fault, I retorted back.

Why did I not go fast – that was his question? While turning one usually slows down the vehicle which is what I was doing I replied. But he was not keen in accepting it and blah blah he went on.

Oh please I said, the fault is yours to keep moving the vehicle when you have seen us pass through to the right. Just please stop speaking and do not make it look like it is my fault I yelled at the driver and left in a huff.

It took me back to another incident in Delhi. My sister in law and I were returning home and just that time the driver of a mini truck behind us stopped his vehicle on the right side of the road near the road divider but decided to go straight though the signal given was red for him. And hit he did our vehicle. Wanting to support myself from falling, I used my right hand as a balance. Well my little finger and the ring finger are yet to be relieved of the pain, even though one month has already passed.

It probably is not much to bother about I suppose. But the attitude of the drivers and the way they drive the vehicles…surely makes me wonder - is there no chance of some brightness seen in the way we discipline ourselves on roads.
Posted by lakshmi at 4:06 PM 13 comments:

Though the incident occurred last month….it is fresh in my memory and I know it shall be there forever.

During our stay in Delhi, my husband and I went out for an early morning walk. And so it happened on this fateful day, of course I had a lot of restrictions this time – not to sit in a park, only half hour and not more than that and so on…and
he willingly obliged and off we set for our morning walk.

Adhering to my restrictions, we were returning back home. Having entered our colony I noticed a two wheeler zip past us, something made me just tell to myself, the people in Delhi are really morning birds, out so early to start their work. How right I was. The bike made a U turn and came near us and within a few seconds, I found myself trying to call out to my husband who was few feet ahead of me. Words failed to come instantly. Finally a frantic attempt and I called out to him. He could not make out what I was telling? And at last the words stumbled out from my mouth – my chain….those guys on the bike have snatched my chain. They had already done a turn and were no longer within our vicinity. We just noticed that they wore helmets…so no recognition of anything at all – no idea, about what two wheeler they used – I thought it was a motorbike and my husband thought it was a bajaj chetak, no idea if it happened to be men or women. I just noticed that the pillion rider was wearing an orange shirt. With that information, nothing seemed bright at all. Tears streaming down, we entered our home, with my husband consoling me saying that I was indeed fortunate that they did not use anything so as to injure me in the process.

That afternoon, we had to visit a doctor. And there we noticed a group of people and a policeman had been called. Soon there arrived a jeep with three more policemen. One of the shop owner had called the police. Reason – 3 more chain snatching reported in that area. My husband took that chance to inform the police of that morning’s incident. Well it was just information to the police only – not that we expect any action whatsoever.( From what I heard, some of the police are hand in hand with the chain snatchers.) As I climbed up the stairs to return home, I found three ladies giving me a – we are of the same group smile – they were the 3 victims of that day. Smiling back, we returned home.

Well this episode could have been avoided – if and if only I had agreed to go to a nearby park and just enjoy nature, if and if only I had agreed to go for an hour’s walk rather than a half hour walk, if and if I had been on the left side of my husband giving little chance for the snatchers to get away with their booty.
And the best way to have avoided this incident was - if and only if I had paid heed to the caution given by my aunty and I had something to protect my neck.
Now I know it will be a regret that I will carry always.
Posted by lakshmi at 3:06 PM 5 comments:

I like the quotes that are published in The Hindu - Metro Plus...Graffiti
today's graffiti:

Heredity is the worst traits coming from the other parent.
Posted by lakshmi at 5:50 PM 9 comments:

Love Triangle - here and there 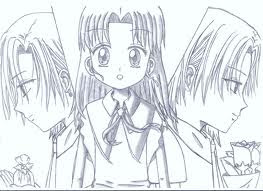 He was indebted to his rich childhood friend without whose help climbing the ladder of life was next to impossible. A debt which he knew he would never be able to repay.
There was this beautiful lady he was in love with. She too reciprocated his love.
One day when his friend expressed his love for this beautiful lady, he thanks God for the opportunity given to repay his debt. Off he goes with his childhood friend’s proposal to her.

When she refuses he insists saying love is nothing without sacrifice. Sacrifice what love itself is it she retorts back. He refused to listen and leaves her asking her to forget him forever.
Not willing to be another man’s wife she takes her own life away.
Friend has been listening to the conversation between these two. Not wanting to be in their way and yet not able to forget her he too kills himself.
Distraught by the death of his childhood friend and lover, he too commits suicide.
At heaven the friends meet and feel happy for each other. While hugging each other they notice her approaching them.
Posted by lakshmi at 7:21 AM 12 comments:

who is the fool?

I was just watching this serial. One person in this serial happens to be real fool or at least considered by others as fool. Another person residing in the same locality is in need of Rs.15000/- After trying all his friends, and meeting only with disappointment, he is returning home and enroute meets this so called fool. After they exchange the basic courtesy, our friend on being insisted why he looks so dejected decides there is no harm in telling his requirement and finding out if the fool can help him.

Unpleasantness in a showroom 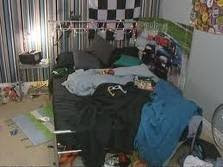 There is this showroom recently opened in my locality. At my friend’s suggestion that it held a lot of varieties at reasonable rates, I thought why not give it a go. Along with my daughter I entered the textile showroom. For a new showroom it lacked the sense of neatness. Clothes were heaped on tables. Oh yes there were some on the hangers and some on the shelf too. But the tables had the most of them. Digging into the table we found a dress which we thought was looking ok. As we removed it from the pile….a sudden stench of sweat greeted our nose. The depth of stench came exactly from the dress which we felt was good in terms of pattern, design and colour. We could not continue our purchase in that showroom. It lacked neatness, cleanliness and hygiene…………..and thereby making us hurry for the exit.


But that made me ponder. Most of the showrooms have a trial room for customers to try on the dress and then go ahead to choose to buy or not. What would be the best way to avoid this unpleasantness? An unpleasantness, that makes one walk out of the shop. I think the answer lies, a lot on the customer as much as it lies on the showroom owner and salesperson.
Posted by lakshmi at 2:09 PM 6 comments:

The kids these days…

We have a kids' pool in our residential complex. Many kids enjoy splashing and playing in the water. Rainy season or weather being chill is no excuse to stop them from entering the pool. Parents, who do try to, are branded the worst parents (especially the mothers) one could ever come across because they are the biggest obstacles coming in the way of the children’s happiness and enjoyment.

This one child’s act on one day though is worth mentioning.

The guard drains the water from the pool by around 6 pm. So this day too he did the same. My neighbor saw that though the guard had opened the valve to drain the water…the water level was not receding. And all the kids were enjoying the pool with same enthusiasm. Well not all, she noticed one kid standing in a corner, his face filled with happiness to see his friends jump and splash around the water. She went up to him and asked him why he was standing aside and wondered aloud why the water was not getting drained. Giving her a look of – what you don’t know this - he replied that he was standing aside so that his feet blocked the hole where the water gets drained and that is the same reply as to why the water was not getting drained. A look of delight was very much explicit in the kid’s face.
Oh god the kids these days indeed.
Posted by lakshmi at 1:09 PM 11 comments: 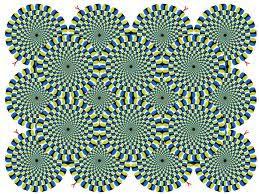 Very difficult indeed it is to control the mind. It tends to tread on and adhere to exactly those memories that we don't want it to go. It plays a wonderful role in remembering and raking up those issues that we
really want to forget.
Posted by lakshmi at 7:37 AM 10 comments:

down the memory lane 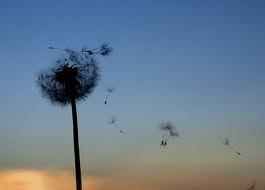 Going down the memory lane
I went through my life again
Many incidents that did bring
Silent tears to my eyes
And still many did bring
A happy smile on my lips
Many a memory I did find
To last forever in mind
Posted by lakshmi at 5:53 PM 5 comments:

But only when a catastrophe strikes us
That shatters us and tears us apart -
That too sometimes way too late
Do we choose to change the path.
Posted by lakshmi at 1:53 PM 8 comments: 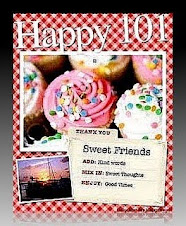 so beautiful of you Herrad, thanks 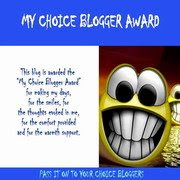 Followers of my blog